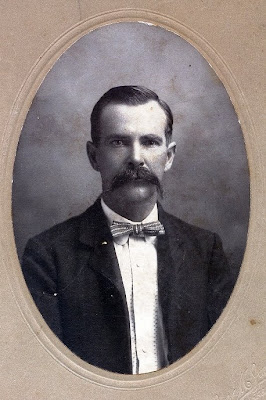 OCCUPATION: W.F. Coleman was a PLANTER and INDUSTRIALIST. He was the Proprieter of LA W.F. COLEMAN INDUSTRIAL,SA, and the director of LA C.J. WARREN INDUSTRIAL,SA. in San Pedro Sula, Honduras. In addition, he served as the AMERICAN CONSULAR AGENT to San Pedro Sula from May
1927 til that post closed in December 1930. Ref. (1) Bio of W.A. Coleman, Memoirs of Georgia, 1895. (2) Department of State Records for San Pedro Sula, Honduras. Ref. (1) Department of State Records,
National Archives. (2) Biografia De San Pedro Sula: 1536-1954" by Rodolfo Pastor Fasquelle,1989, CENTRAL IMPRESORA, S.A.

EVENT: Co-Founder in 1921 of the Casino Sampedrano, a distinguished social club in San Pedro Sula, Honduras.
MEMBERSHIP: Augsust 2, 1923; William F. Coleman, MASTER MASON of Lodge No. 69 under the jurisdiction of the Grand Lodge of Scotland and Grand Lodge of Georgia, Member of Lodge Cortes. Puerto Cortes, Honduras, No. 1315.

EVENT: Application of W.F. Coleman as Consular Agent at San Pedro Sula Honduras to the Secretary of State, Washington, dated January 15, 1926.( An American colony existed in San Pedro Sula for which it was
considered necessary to have the post of an American Consular Agent in that city). Extract of Letter from Honorable Ray Fox, American Consul:Sir: I have the honor to forward, for the favorable consideration of
the Department, the application of Mr. W. F. Coleman, an American citizen and registered as such under the Department's Serial No. 5,332 of August 16, 1917,for appointment as American Consular Agent at San Pedro Sula, Honduras, under the jurisdiction of this office. Mr. Coleman is quite familiar with the duties of the Agent having usually acted as such when the former Consular Agent, Dr. J.M. Mitchell Jr., was absent. He is also one of the oldest residents in this section of Honduras, inpoint of years, and is very familiar with past and present conditions, political and economic. On numerous occasions he has demonstrated his zeal in guarding the
rights and security of American citizens resident within his jurisdiction, and has at all times endeavored to maintain the dignity and authority of his office. As proprietor of the La W.F. Coleman Industrial S.A., and Director of La C.J. Warren Industrial S.A., together with interests in other
important enterprises, marks him as one of the leading Americans, industrially, in this Department. I do not hesitate to recommend that the Department grant to this application its favorable consideration.
I have the honor to be, Sir, Your obedient servant, Ray Fox American Consul. Ref. Department of State Records, National Archives.

EVENT: Extract-- Sir: I have the honor to inform the Department that leave of absence, with permission to visit the United States, was granted to the American Consular Agent, William Forrest Coleman, at San
Pedro Sula, Honduras, and that he departed from his post on October 15, 1927. I have appointed James Henry Coleman as Acting Consular Agent
during the interim, and am enclosing a specimin of his signature under the seal of theAgency. I have the honor to be,Sir, our obedient servant, Ray Fox .. American Consul.
NOTE: In 1927, W.F. Coleman took a four month leave of absence from his post as American Consular Agent. During that time his brother, James Henry Coleman, acted as consular agent. Ref. Records of the US
State Department. Note: This was the same year that W.F. Coleman's son, Arthur B. Coleman, died in Carrollton, GA.Leave of Absence Granted to the Consular Agent... dated October 25,1927 at Puerto Cortes, Honduras.Ref. Department of State Records, national Archives.

EVENT: American Consulate, Puerto Cortes, Honduras; February 9, 1916.
describing the political outlook as ripe for revolution. ------ Legation of the United States, Tegucigalpa, dated September 1, 1928:
Reporting information that William Coleman, son of William Forrest Coleman, is actively engaged on the north coast, in a campaign of propaganda in favor of General Tosta, which is incendiary and inciting
to revolution. Ref. Department of State Records, National Archives.

DEATH/BURIAL: W.F. Coleman died Februaury 10, 1944 in Tegucigalpa, Honduras. He is buried in the Coleman Family Mauseleum located in the Old Central City cemetery, San Pedro Sula, Honduras.
EPITAPH: "In Memory Of Our Beloved Father; William Forrest Coleman; March 17, 1864 to February 10, 1944".
Posted by Woody Coleman at 2:51 AM