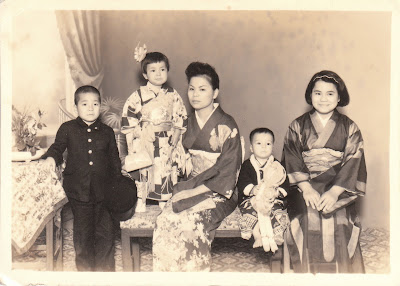 DEATH OF AN OLD CITIZEN_

Major Henry A. Coleman died at the residence of his son, Mr. James Coleman, near this place, at 2 o'clock on last Monday evening.
About four years ago Mr. Coleman had a stroke of paralysis by which his health was seriously impaired. Thursday of last week he had another stroke from which he never rallied.
Major Coleman was 77 years of age at the time of his death. He was born in Putnam county, but was principally raised in DeKalb. He moved to Carroll in 1856 and has been a prominent citizen of this county since then.
The deceased was a member of the Baptist church and also of the Masonic fraternity. He was buried at Bethel church in the sixth district, the Rev. Mr. Coalson of Temple officiating at the funeral.
Mr. Coleman leaves nine living children among whom are Mr. James Coleman of this place and Captain W.A. Coleman of Lowell district.
Posted by Woody Coleman at 11:56 PM No comments:

In Memory of Kazuko Ozaki Coleman 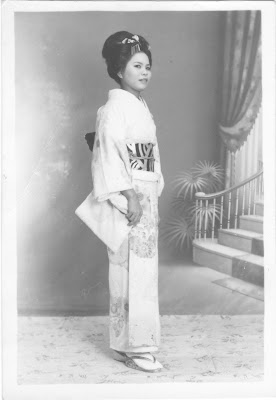 Died_ Kazuko Ozaki Coleman, on 1 November 2009 in Houston, Texas, first wife of
Elwood R. Coleman, Jr. of Slidell, Louisiana,devoted mother of John O. Coleman of Houston, TX, and Elizabeth F. Coleman Bartholmey of Baton Rouge, LA. Kazuko was born 7 March 1939 in Kobe City, Japan, daughter of Kanekichi Katsu Ozaki and Miyo Yamashita. In addition to her two children previously mentioned, she is survived by three grandsons: Andrew Coleman,William Bartholmey, Mathew Bartholmey; a grandaughter, Kaitlyn McCain, one brother and three sisters who live in Japan, and many friends and relatives through-out the United States and in Japan.
Posted by Woody Coleman at 4:55 PM 2 comments:

A biography of the Honorable James Beall:
An extract from "A Standard History of Georgia and Georgians," by Lucian Lamar Knight, 1917, The Lewis Publishing Company. (Vol. V, pages 2423-2424).


HON. James Beall. Now judge of the City and County courts of
Carrollton and Carroll County, James Beall has long enjoyed an enviable reputation as a lawyer, but his life and services have been only less noteworthy in the general field of citizenship, and in all movements connected with the best standards of community life, morality and religion.

Judge Beall was born at Palmetto, Campbell County, Georgia, February 7, 1860,a son of James J. and Sarah Matilda (Watts) Beall. James J. Beall was born in Rockdale County, Georgia, while his wife was a native of Alabama. The father died in 1900 at the age of seventy-five.
During the war between the states he reached the rank of captain in the Nineteenth Georgia Regiment of Infantry and was for four years identified with the army of Northern Virginia and passed through with only a slight wound in one skirmish. Professionally he was a teacher, and both before and after the war taught school in Campbell County, Georgia, and also in Haralson County,and was principal of the Palmetto schools. Judge Beall's grandfather was Josiah Beall, who added to the military distinctions of the family by serving during the Mexican war,in one of the battles of which he was killed. Josiah Beall was born in Maryland and founded the family name in Georgia, where he married Sally Butts. One of Judge Beall's uncles was Josiah Beall, who was killed in one of the battles of the Civil war. Another uncle, Egbert Beall,enlisted in the Confederate army from Texas, to which state he had removed prior to the. war. James J. Beall was the fifth in a family of ten children. His widow is now living with her daughter, Mrs. Dean, at Buchanan, Georgia, at the age of eighty years. Judge Beall was second in the family of ten children. The oldest, William Beall, who has been totally blind for many is a highly esteemed citizen of Campbell County and is serving as county treasurer. Jesse Beall, a twin brother of Judge James, is in the real estate business at Chattanooga, Tennessee. Thomas Beall is a prosperous farmer in Culman County, Alabama. Robert Augustus is engaged in stock raising and ranching in the State of Nebraska. John Beall is a farmer in Cullman County, Alabama. Henry Beall for a number of years has been a conductor on the Central of Georgia Railway, his run being between Atlanta and Macon. Egbert P. Beall is a farmer in Harrison County, Georgia. Charles is associated with his brother Jesse at Chattanooga, Tennessee. Sarah Jean Anette is the wife of James A. Dean, a farmer and merchant at Buchanan.
Judge Beall, though of a substantial and noteworthy family of Georgia, has partly as a matter of necessity and partly from choice been dependent upon his own abilities and resources since an early age. He graduated from Tallapoosa High School after having begun his education under his father. He read law with Judge Price Edwards of Tallapoosa and was admitted to practice by Judge C. J. James in June, 1896. In the meantime his early life had been identified with general merchandising at Waco, Tallapoosa and Bremen, Georgia. In that vocation he spent about twelve years. After admission to the bar he did his first practice at Bremen in Haralson County, and was a partner for a time with William Johnson as senior member of the firm and subsequently became senior partner with W. W. Edwards. He continued practice in Bremen until 1903 and has since lived at Carrollton. Here he was a member of the firm of Beall & Adamson, the latter being R. W. Adamson, and they enjoyed a large practice and success until Mr. Beall was elected judge of the City and County courts of Carrollton and Carroll County in 1908. He has since been re-elected to this office and is now serving in his second term. By temperament and by experience Judge Beall is well fitted for the judicial office and has given an exceptional administration. During his residence at Bremen he served in the office of mayor nearly all the years he spent there.


He has been quite a factor in democratic politics in his section of the state,and was largely instrumental in securing the election of Mr. Adamson to represent this district in the United States Congress. The duties of his office as judge of Carroll County preclude his private practice in the city or county, though outside of that jurisdiction he has a large clientele in the Coweta and Tallapoosa circuit. Judge Beall is a Royal Arch Mason and a member of the Knights of Pythias and the Royal Arcanum. His chief pleasure, however, is found in Sunday school work. He is a steward in the Methodist Episcopal Church and is assistant superintendent of the Carrollton Sunday School and has served for a number of years as president of the Carroll County Sunday School Association. Before assemblages of young people he is both a pleasing and instructive speaker, and his addresses have been frequently quoted in Sunday school and church magazines. Judge Beall also has farming interests in his part of Georgia.


On January 6, 1889, at Waco, in Haralson County, he married Miss Lydia T. O'Kelley, who was born at Grantville, in Coweta County, a daughter of Richard I. O'Kelley, a prominent lawyer, who during the latter years of his life had a high standing at the Atlanta bar. Judge Beall and wife have five children, Ruby D., born at Waco, Georgia, November 2, 1889, has gained a considerable reputation as a teacher of music. James Harvey, born at Waco December 15, 1891, read law under his father, was admitted to the bar December, 1914, and is now in practice at Carrollton. Jesse Ivy, who was born July 14, 1893, was one of twenty-six, applicants out of a class of 180 that passed the literary examination at the Annapolis Military Academy, but is now living in Spanish Honduras, associated in business with his fatherin-law, William Coleman, an extensive coffee planter and business man of Honduras and a native of Carroll County, Georgia. Jesse I. Beall was married in June, 1914, at Carrollton, to Miss Vera Coleman, who is a graduate of Shorter College. Thomas Julian was born April 28, 1897, in Carroll County, and Sarah Frances was born May 26, 1904. Mrs. Beall has found an enthusiasm similar to that of her husband in Sunday school work, is a teacher in the local schools, takes a leading part in church and missionary societies, and has frequently proved a popular entertainer through her talents as an elocutionist and a musician.

[] Notes from Woody Coleman:
[Note 1: The death of Judge Beall's grandfather, Josiah Beall,took place during the Texas War for Independence at Goliad, Texas while a member of Fannin's Georgia Troops, not during the Mexican War]

My Confederate Ancestors and Kin

The Three Sons Of Owen

Posted by Woody Coleman at 9:12 AM No comments:

00179 Coleman - James 'Jim' Clarence Coleman passed away on the afternoon of Friday, July 20, 2007, due to complications following surgery. He was the son of the late James Mitchell Coleman and Nena Romero Dymond, and stepson of the late Alma Meyer Coleman. He was born in New Orleans on September 7, 1940 and was a long term resident of Metairie. He graduated from Alcee Fortier High School in 1957. Jim was a self-made entrepreneur. He owned and operated Foodways, Inc. on Causeway Blvd from the early 1970s through the late 1980s. He bought Mama's Place Bar in 1987 and put his heart into it for all of his days. He had a passion for horses and participated in shows with the Kenner Mounted Drill Team. He was an active member of Good Shepherd United Church of Christ. His big heart and compassion for others will be greatly missed. He was an avid antique automobile collector; he won various awards and appeared in several movies with his cars. He is survived by his loving companion Peggy Gros; his daughters Deborah Coleman Schmidt, Stephanie Coleman, and Stacy Coleman; his granddaughters Megan Schmidt and Paige Coleman; his former spouse Fay Weller Coleman; his stepbrothers Steve Coleman, Kenny Coleman, George Norton, and Timothy Norton; and his stepsisters Ravan Coleman Lafitte, Barbara Norton Roussel,and Nancy Norton Forst. Relatives and friends are invited to attend the Funeral Services at LAKE LAWN METAIRIE FUNERAL HOME, 5100 Pontchartrain Blvd. (in MetairieCemetery ) on Tuesday, July 24, 2007 at 12:00 PM. Interment will follow in Metairie Cemetery. Visitation on Monday from 6:00 PM until 9:00 PM and Tuesday from 10:00 AMuntil service time. In lieu of flowers donations preferred to the Kidney Foundationof Louisiana, 8200 Hampson St., N.O.,LA 70118. To view and sign the guest bookplease go to http://www.lakelawnmetairie.com/.
Times Picayune 7/22/2007