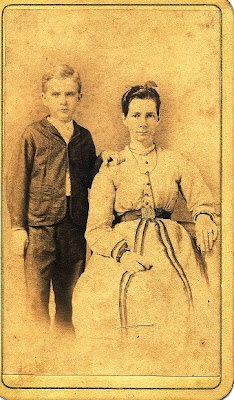 
On last Monday evening the remains of Mrs. Coleman, wife of Mr. Allen Coleman of Honduras, were received at this place. From what we can learn, Mrs. Coleman left Honduras some thirty or forty days ago for the purpose of returning to this county where she formerly lived for the restoration of her health. She was accompanied by her brother in-law Mr. Jno. Coleman who went out to Honduras, from this county, last spring, besides she had along with her two children, one a son of twelve or thirteen years of age, and the other a baby some six or seven months old. As we have stated, Mrs. Coleman left Honduras sick, and in crossing the Gulf of Mexico, on the way to New Orleans, her troubles were no doubt added to by the death of her babe. Being far from land at the time of its death there was no other alternative but to cast the remains of the little one into the Gulf. This was no doubt a terrible shock to the mother, already very feeble, and she did not long survive. She died we are told after she had arrived in this country, on the cars between New Orleans and Montgomery, (we have not been able to find out, at what exact point). and her remains were coffined in Montgomery, and brought on as we have stated to this place Monday evening. From here they were carried Monday night to the Sixth district of this county, where they were buried the next day.Mr. Allen Coleman the husband of the deceased is a son of Major Coleman of this county. He went to Honduras after the war. His wife, the deceased, was also a native of this county. Her maiden name was Riggs.February 16, 1877 ------We understand that the babe of Mrs. Coleman, who died on her way from Spanish Honduras to this county, was not thrown over in the Gulf, as stated in the notice in reference to her death, but was buried in Balize, British Honduras.

"Sleep my dearest sleep, My sorrow cannot disturb thee, Altho I should ever weep, and ever sacred thy memory keep."
SACRED TO THE MEMORY OF MRS CYNTHIA F. COLEMAN
Wife of W.A. Coleman and Mother of J.W. & W.F. Coleman
Born March 27, 1837 Died February 3rd, 1877; Aged 39 years 10 months and 24 days;
Neighbor and devoted christian 21 years;Member of the Missionary Baptist Church"

Note: Photograph above is that of Cynthia Florence Riggs Coleman and her son, William Forrest Coleman. Date & location (probably Carrollton, GA.) unknown.
Posted by Woody Coleman at 8:26 AM